Petrochoice Offers One of the Nations Most Sustainable Lubricants on the Market Today: Eco Ultra
04/26/22 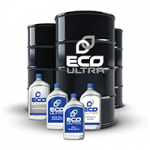 King of Prussia, PA – 04/25/2022 – PetroChoice, the Nation’s No. 1 lubricant Distributor that specializes in advanced lubrication solutions and services, is also a leader in developing a high-quality sustainable lubrication option that positively impacts the environment by lowering the dependency on natural resources and reduces waste. “We created the Eco Ultra product with […] 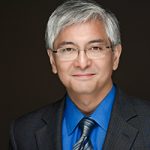 King of Prussia, Pennsylvania – February 23, 2022 – PetroChoice Lubrication Solutions (“PetroChoice” or the “Company”), the leading distributor of lubricants in America and a portfolio company of Golden Gate Capital, today announced the appointment of Roy Rosas as Chief Executive Officer (CEO) and member of PetroChoice’s Board of Directors, effective immediately. Mr. Rosas succeeds […] 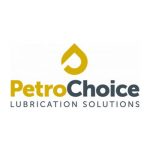 (King of Prussia, PA)- January 6, 2022 PetroChoice, the leading provider of lubrication solutions, is kicking off the New Year by announcing the acquisition of Goodwater, Alabama based distributor, APS Lubricants. Owned by industry veterans Todd Hayes and Greg Davidson, APS Lubricants has provided top notch service distribution to Industrial, Fleet and Automotive customers in […]

German automaker Volkswagen is on pace is on pace to return to pre-scandal numbers as its U.S. sales continue to trend up. Reports indicate the automaker’s year to date sales were up 6 percent through July, despite a 1.6 decrease in the industry as a whole. With about 215,800 vehicles sold, Volkswagen is on sale […]

Kia announced it will recall more than 30,000 Telluride vehicles due to incorrect seat belt assemblies. According to reports, faulty assemblies in the passenger seat as well as the second and third rows are the reason for the recall. The seatbelts in question were not equipped with an automatic locking retractor, which could prevent child […]

The International Lubricant Specification Advisory Committee (ILSAC) and American Petroleum Institute (API) will begin licensed sale of oils meeting new GF-6 and SP classifications in May 2020. The new classifications will replace the current API SN and ILSAC GF-5 standards, both of which have been in place since 2010. The API added an SN+ sub-classification […]

Two retail chains have agreed to a $1.7 million class action settlement related to the sale of Super S SuperTrac 303 tractor fluid. According to reports, Smitty’s Supply and Tractor Supply have settled with Missouri-based purchasers of the controversial tractor fluid. The plaintiffs alleged the product was deceptively manufactured, marketed and labeled, and that use […]

Two well known mines are set to re-open after long periods of inactivity. In Mexico, the San Martin Mine, located in the northern state of Zacatecas, will resume operation after an 11-year worker strike.  The mine is believed to hold as much as 17 million tons of zinc, silver, lead, copper and gold.  According to […]

The American Trucking Association (ATA) and three carriers have filed suit against the state of Rhode Island, claiming its tolls that target only commercial trucks are unconstitutional. According to its website, the ATA is joined by Cumberland Farms Inc., M&M Transport Services Inc. and New England Motor Freight in claiming the truck only tolls that […]

From repairs to logistics and everything in between, maintaining a commercial fleet presents a huge range of challenges that can trip up even the most experienced professionals. Fleets have many moving parts to maintain and new technology has made maintenance even more difficult. According to Greg Wyatt, Commercial Fleet Manager for PetroChoice, the most important […]