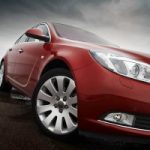 Nissan has issued a statement denying it is planning to exit its alliance with fellow automakers Renault and Mitsubishi.  According to a statement released by the Japanese automaker, there has been no consideration of ending the alliance it has been a member of since 1999.  The trio established an Alliance Operating Board (AOB) early in […]

AngloGold Mine Overrun by Protesters
11/19/19 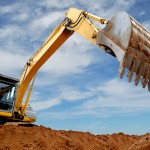 The Senate Commerce Committee will hold hearings with top safety officials regarding the testing and deployment of autonomous vehicles on Wednesday, Nov. 20. The hearing comes as government officials continue to struggle with potential rules and regulations for self-driving vehicles. According to reports, it will include high ranking officials from the National Transportation Safety Board […] 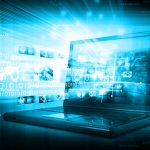 General Motors’ new innovation team has introduced a new OnStar product designed for fleet managers. According to reports, the automaker will phase out its Commercial Link product in favor of OnStar Vehicle Insights.  The new service will target owners and managers of small to medium size fleets.  It can provide fleet managers with real time […]

The General Motors Strike, which lasted 40 days and cost the Detroit automaker more than $2 billion, has officially ended. GM came to a deal with the United Auto Workers, who voted to approve the deal on Friday, Oct. 25.  More than 48,000 employees returned to work after the longest general motors strike 1970.  According […]

In an effort to combat declining profits, Nissan executives have proposed drastic measures including reducing plant capacity and eliminating its Datsun brand. According to reports, the Japanese automaker is on pace to see its lowest profit in 11 years. The company is still reeling from a scandal that saw its CEO ousted over financial misconduct […]

Senators Tom Udall (D-NM) and Rick Scott (R-FL) have introduced bi-partisan legislation that would require automakers to install features that would prevent drunk driving. According to reports, the bill would force automakers to install technology preventing drunk drivers from starting their vehicles. A similar bill was introduced in the House of Representatives by Debbie Dingell […]

New data from Verizon Connect shows commercial drivers are far safer than the public perceives them to be. According to reports, 83 percent of Americans believe they are safer behind the wheel than commercial drivers.  However, drivers of light to heavy duty commercial vehicles are involved in just 3 percent of sever crashes.  A majority […]

Coca-Cola announced the successful creation of 300 test bottles made from a portion of recycled marine plastic. The soft drink company created a bottle made from 25 percent recycled plastic as part of its Joint Sustainability Action Plan, which was initially put into action in 2017.  Reports indicate the bottles are the first of their […]

Ford and Mahindra announced a new, $275 million joint venture as the American automaker seeks to rejuvenate its business in India. According to reports, Mahindra will own a 51 percent controlling stake in the partnership with Ford holding the remaining 49 percent. The two companies will create three Ford-branded vehicles, including a midsize SUV. Both […]